EXPLORE THE FIRST UNIVERSITY IN EACH COUNTRY OF THE EU (PART2) 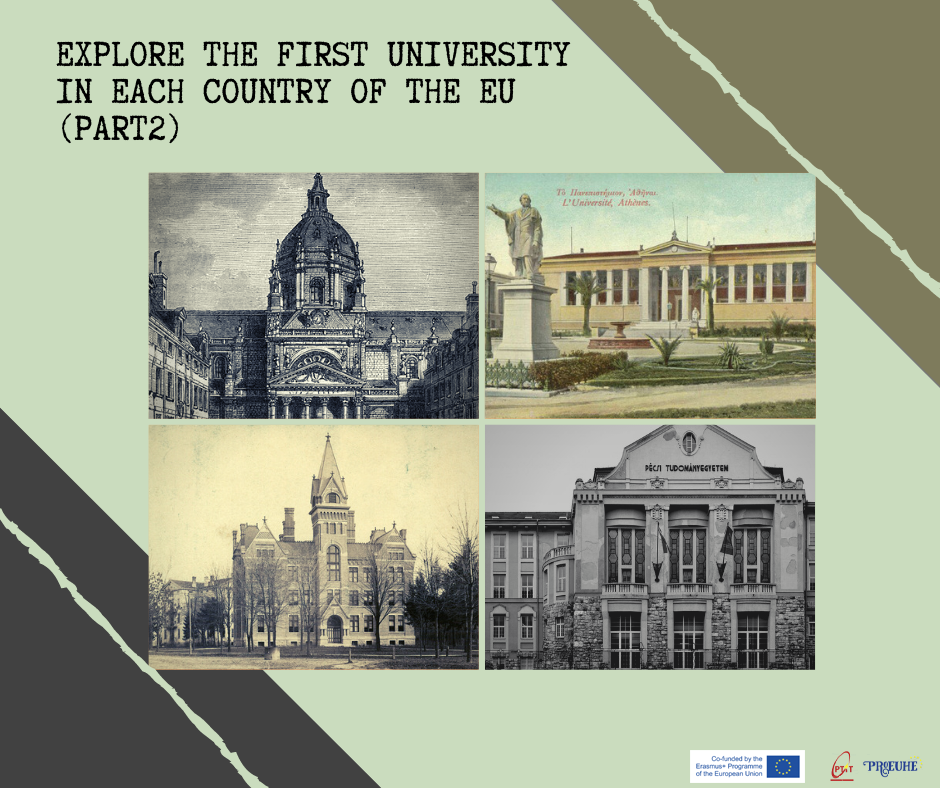 The Heidelberg University – also known as Ruperto Carola – was established in 1386 and it is Germany’s oldest university. It is also one of the leading research universities in Europe.

The school has 160 programs, awarding both undergraduate and graduate degrees. Many influential politicians, philosophers and scientists are alumni of the university, including Max Weber – founder of modern sociology – and philosopher Hannah Arendt.

Ranked among the top 700 universities in the world is the National University and Kapodistrian of Athens. Often shortened to “University of Athens”, the school was formed in 1837 and it is the oldest Greek university. The university has approximately 125,000 students currently enrolled, offering programs in a wide range of subjects, including law, languages, health science, philosophy, political science, and natural science. The university has four main campuses, each in a different town in Athens.

The University of Pécs, the oldest university in Hungary, was founded in 1367. It is one of the largest institutions of higher education in the country and offers many programs for about 20,000 students. About 4,500 foreign students representing more than 110 countries around the world are studying at the university. UP offers around 70 programs, from preparatory to doctoral courses and postgraduate programs for international students, taught in English and German.

Trinity College Dublin was established in 1592 by Queen Elizabeth modeled of Oxford and Cambridge. This school is currently the learning place of nearly 17 thousand undergraduate and postgraduate students from 122 countries all over the world, including Vietnam. Although Trinity does not have a university structure like the other two, it offers many course ranging from acting to zoology. Trinity also helps its students by assigning each student a private tutor and providing career counseling on campus.

Riga Technical University was established in 1862. This is the cradle which produced many talented researches to serve the country’s economy. RTU has a high degree of expertise in design, information technology, civil engineering, energy materials, etc. This higher education institution has a selective admission policy based on exams grade and academic scores from the student’s secondary school level.

Since its founding in the 16th century, in 1579, Vilnius University, an integral part of European science and culture, has embodied the concept of a classical university and its unity of research and teaching. It is also the oldest university in the three Baltic countries. Its architecture and interiors are exquisite and a model of Baroque architecture, where visitors can visit the clock tower and beautiful campus landscape.

The University of Luxembourg, formed in 2003, is the country’s only public university. Pupils here have the option to study in 3 faculties and 2 interdisciplinary centers of the school including the fields of Science, Technology, Communication, Law, Economics, Languages and Arts. The university has more than 6,170 international students from 115 countries around the globe.